Folklife West print magazine, from which workshops information below is taken, is published 3 times a year (Jan, May, Sep).
Copied from latest Folklife West  & arranged by area, listed in this colour-coded order

Workshop Diary (for this issue, plus)  ~  Cymru / Wales

17 - 20 February GWERIN GWALLGO, a residential Folk Weekend for 11-18s.
A high-energy four-day residential event for young people between 11 and 18 years of age, at Glanllyn, the Urdd Residential Centre in Bala. We offer places to approximately 40 young people. There are instrumental, vocal and clog dancing lessons during the day, followed by informal sessions, concerts, get-togethers, twmpathau and more in the evenings, with opportunities for the young people to take part in some of the fun outdoor activities which Glan-llyn has to offer, too. Towards the end of the course, there is also a chance to perform.

Sold-out weekends are not shown!

JANUARY at Halsway
Fri 3 Jan – Sun 5     ‘Banter – New Year Bash for Musicians’ a New Years’ ‘get-together’ for budding dance musicians to have fun while learning how to play music for dancing. Led by members of the band Banter (Simon Care, Nina Zella and Tim Walker).
Fri 17— Sun 19    Folk Harp Weekend  Harpists (beginners to advanced) are welcome to join us for a weekend of harp workshops and sessions with tutors Steph West and Merit Zloch
Fri 24 – Sun 26     Simon Mayer’s Mandolin Weekend. Techniques and ensemble playing for Mandolinists, mandola players, mandocellists and mandobassists. The workshops are led by Simon who is one of the UK’s finest mandolin players.
Fri 24 – Sun 26     Two Sisters Song Weekend. Discover the pleasure of group singing and the potential of your own voice with Hilary James & Janet Giraudo exploring songs from the British folk tradition and beyond. For all singing abilities.

MARCH at Halsway
Mon 2 – Fri 6     Anglo Scottish Dance Week - A light hearted week of Scottish and English folk dance with a friendly and experienced team.
Fri 6 – Sun 8      Northumbrian Small Pipes Weekend. Last couple of places available on this popular weekend workshop for absolute beginners through to advanced players.
Mon 16 – Fri 20     Beyond the Tune a course for musicians who wish to develop their arranging skills through ensemble playing with Moira and Peter Gutteridge (Dampier’s Round).
Mon 23– Fri 27         Advanced Nyckelharpa.  Developing your nyckelharpa technique and musicianship with tutor Vicki Swan, for advanced players.
Mon 23– Fri 27         Swedish Tune for Accordion.  John Dyer will introduce you to Swedish polska, schottis and finding that elusive second beat For beginner and intermediate accordion players.
Fri 27– Sun 29         Sackpipa and Swedish Bagpipe Tunes. A weekend for pipe players. Vicki Swan will introduce players to both the säckpipa (Swedish Bagpipes) and Swedish bagpipe music.

MAY at Halsway     Some May dates which will book out quickly so good for you to know about early!
Tue 5 – Fri 8     Brass and Reeds Week. A week exploring brass and reed instruments in folk music traditions. With Jo Freya (Blowzabella, Narthen) Central Europe; Tim Walker (Banter) – English music; Michel Duijves (Maalstroom) – Celtic music.
Fri 8 – Sun 10      Going Further Fiddle Weekend. for experienced fiddle players who wish to expand on their skills and deepen their personal style with acclaimed musicians Rowan and Anna Rheingans.
Fri 29 – 31 May    Blowzabella Festival. International folk legends Blowzabella return to Halsway Manor for a second festival weekend of workshops, sessions, ensemble playing. concerts and dance. With special guests – Les Poufs à Cordes (France) a duo whose violin repertoire hails from the Massif Central. Accommodation in the manor is fully booked but there are still a few places for camping in the Manor grounds.

• DETAILS of “FOLK ORCHESTRAS ETC” •
• FOLK ORCHESTRA OF EAST DEVON  (14+) → Broadclyst Victory Hall, The Green, Broadclyst, Devon EX5 3DX.
⊕    The tunes (from Devon, the Westcountry and beyond) are learnt primarily by ear - written scores are provided if desired. There are no auditions, and no prior experience of playing folk music is necessary. New members always welcome.
• FOLK ORCHESTRA OF NORTH DEVON (14+) →  Plough Arts Centre, Torrington, Devon EX38 8HQ. Mondays, 7.00 - 9.00pm.
⊕    Music workshop. Mainly for adults, all instruments welcome, no auditions. Workshops focus on learning and playing traditional English and European dance music, primarily by ear. Leader: Nick Wyke, Becki Driscoll.
• FOLK ORCHESTRA OF TORBAY (14+)    →  Palace Theatre, Palace Avenue, Paignton, Devon TQ3 3HF, Thursdays, 7.00 – 9.00pm.
⊕    All instruments welcome, no auditions - new members always welcome. Workshops focus on learning and playing traditional English and European music, primarily by ear. Leader: David Faulkner. FOOT also plays at concerts and dances across Devon.
• MANDOLIN ORCHESTRA OF DEVON (14+) →  Fairplace Church, Fairplace, Okehampton, Devon EX20 1DN, Occasional Saturdays 2.00 – 5.00pm
⊕    Join Devon’s newest string band! We will be working on repertoire from the golden age of the mandolin with leader Matt Norman. Music reading helpful, but not essential. MOOD is open to players of all sizes (and shapes) of mandolin.
• ROOTS ACOUSTIC (13 – 18)          → Please see www.wrenmusic.co.uk for venue details dates and times.
⊕    All are welcome and there are no auditions. No experience or music reading is needed, and the emphasis will be on having fun with music, and making friends through music 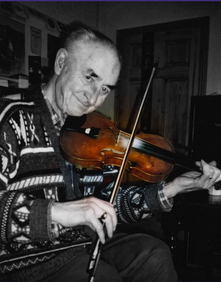 2020 Jul  tba [Sat - Sun]      Pat Molloy summer school: Irish Traditional Music
www.patmolloysummerschool.co.uk
→    Digbeth, Birmingham.
⊕     The Pat Molloy summer school passes on the teaching of Irish Traditional Music to people of all ages and backgrounds. The weekend celebrates the teaching of the late Pat Molloy who lived and worked in Birmingham and was greatly involved in the life of Irish musicians in the city over the last 50 years.
For more info and to book your workshop place please visit www.patmolloysummerschool.co.uk
You can also find us on Facebook and Twitter for up to date news, or alternatively call Hobgoblin Music (Birmingham) on 0121 212 9010.                             ® Mark McCabe

2020 Aug 15 - 22      Workers’ Music Association    Summer School Of Music - Folk Course
www.wmasummerschoolofmusic.co.uk
→   Ingestre Hall, Stafford.
⊕     Back once more, the Folk Course will be led by Marion and Steve Harper (pictured right).  Active in the folk scene since the early 1970s, Marion and Steve have worked with Charles Parker,  Ian Campbell, and still attend folk festivals across the UK every summer, despite  living in Brittany. You can have a great week of folk and try something new in music. You won’t regret it. Here’s a few comments:
‘Helpful, sensitive, encouraging tuition’;  ‘A wonderful mix of experiences’; ‘Everyone has been so welcoming and the lack of judgement is inspiring’; ‘Uplifting, stimulating, challenging and fun’; ‘I leave the course inspired’;  ‘A real lifesaver!’; ‘Fabulous!’; ‘Excellent atmosphere ... one feels supported and appreciated’; ‘A fantastic week. Thank you’; ‘Insightful, humbling and intense. I’ll be back!’
There’s been a WMA Summer School of Music every year since 1946, held in the belief that music can be a force for good in the world. There is no minimum standard requirement: students bring with them a love of music and the aspiration to enjoy sharing this with others. We believe the School is unique in providing courses in a wide range of musical genres, so you can indulge your favourite style and challenge yourself to try something new.
Visit our website: www.wmasummerschoolofmusic.co.uk                                ® Rob Harper
2020 Oct Fri 23 - Tue 27   Nonsuch Annual Weekend             http://dulcimer.org.uk
→    DENSTONE, Staffs.   Denstone College, near Uttoxeter.
⌂     Contact via website.
⊕     A full programme of workshops for both Hammered Dulcimer and Mountain Dulcimer players of all levels, a tutor concert, and our renowned Nonsuch open-stage concert on Saturday, and lots of opportunities for informal music and sessions. As we have done in the last couple of years, we will offer a two day and three day option, as well as a fourth additional single stream workshop day on the Tuesday with selected overseas tutors.
This year’s tutors are: Hammered Dulcimer, Mark Alan Wade (USA); Mountain Dulcimer, Karen Mueller (USA); plus more to be announced.
Bookings and full details will be available from April 2020.  See our website for the latest information and how to book. ​
Other areas   *   Workshops Providers & Diary

For details of Nonsuch Dulcimer Club, see above England: South/West Midlands:  W.1 Workshop Providers
Deadlines for Members' workshops diary
WE LIST FOLKLIFE MEMBERS ... we also include all adverts; and if we have space, entries from our Bywyd Gwerin [Folklife Wales] Directory